Endrew F. is a case from the 10th Circuit where courts have determined the Rowley standard means a child is due “some” educational benefit. This has been interpreted as meaning slightly more than de minimis or trivial. Endrew is a student with autism and a diagnosis of ADHD who attended the Douglas County School District (the District) from preschool through fourth grade and had an IEP each year. However, Endrew’s parents sent him to a private school for fifth grade due to a disagreement over the sufficiency of the goals in his IEP. They then filed a complaint with the Colorado Department of Education claiming that their son had been denied a FAPE and sought reimbursement for the private school tuition. The hearing officer determined that Endrew had made “some academic progress” while attending the District, thus he had not been denied a FAPE. The circuit court and the U.S. Court of Appeals for the 10th Circuit agreed with the hearing officer. The 10th Circuit stated that the school district was only obligated to provide an educational benefit that was “merely more than de minimis.”

“Every Child Should Have the Chance to Meet

In Endrew F., the Supreme Court answered the question of how much educational benefit a school must provide in order for a District to meet its obligation under the federal law, the Individuals with Disability Education Act (IDEA). The Supreme Court held that, “…a school must offer an IEP reasonably calculated to enable a child to make progress appropriate in light of the child’s circumstances.” In other words whether the progress is appropriate or not is measured according to the particular needs of that student based upon “the child’s present levels of achievement, disability, and potential for growth.” The Court recognized that there is a spectrum of students with disabilities “with infinite variations” between the two ends of the spectrum. Significantly, the Court held that districts should have high expectations and develop appropriate IEPs for all students no matter their levels of ability. The Court recognized that “every child should have the chance to meet challenging objectives.” The backdrop for the Court’s decision is the IDEA which the Court references as a “promise” to provide “access to an education” so that students can work toward academic and functional advancement.

No doubt some school districts will argue that no change in practice is necessary given the Court’s decision in Endrew F. The district will submit it is already meeting this higher standard because the IEPs are individualized for each student and therefore are already drafted to enable students “to make progress appropriate in light of the child’s circumstances.”

However, given the decision in Endrew F. the special education landscape should change after 35 years under Rowley. Clearly, by agreeing to hear the case and delivering a unanimous decision in a divisive climate the justices felt that clarification and uniformity was needed. The Court was emphatic, “that this standard is markedly more demanding than the ‘merely more than de minimis’ test” previously relied upon. The effect of Endrew F. remains to be seen but certainly “de minimis” and “trivial” educational benefits are no longer adequate or allowed for special education students with an IEP.

The Court’s decision in Endrew F. reminds us that a child’s IEP is very individualized based on the student’s needs and abilities.

If you have questions or concerns about whether your child’s IEP is reasonably calculated to enable your child to make progress appropriate in light of his/her circumstances and your child attends a school in Wisconsin contact us at 262-827-1700 for a no charge initial consultation. 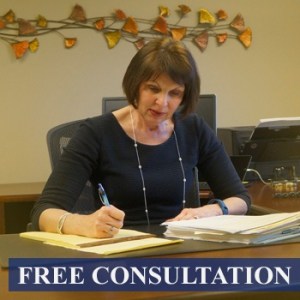 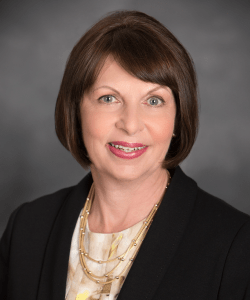 Ms. Engel represents students and their parents in school law matters and special education issues throughout the State of Wisconsin. As a former special education teacher, Ms. Engel is uniquely qualified to understand and address the diverse and difficult educational issues that families encounter, including disability issues and disciplinary matters.

What is Contributory Negligence?
Scroll to top