You are here: Home1 / Our Blog2 / Family & Divorce Law3 / Prenuptial Agreements and Their Effect on Property Division in a Divor...

Prenuptial Agreements and Their Effect on Property Division in a Divorce

However, if you and your spouse entered into a valid a prenuptial agreement before your marriage, that agreement will be presumed to be enforceable in the event of a divorce. Prenuptial agreements are not ironclad, but they are intended to reflect the couple’s agreements, understandings and intentions for their assets. 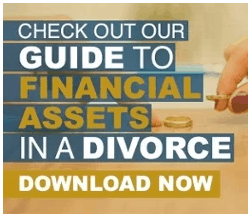 Prenuptial Agreements Overcome the Presumption of a 50/50 Split

Prenuptial agreements can provide for an unequal distribution of a couple’s property and are more common in a second or subsequent marriage, where one or both spouses desire to protect assets for their respective children. A couple also may sign a prenuptial agreement in a situation where there is a significant disparity between the intended spouses’ incomes and/or assets, or when one party is bringing a significant amount of debt into the marriage.

When Prenuptial Agreements May Not Be Enforceable

Prenuptial agreements in Wisconsin may not be enforceable if the parties failed to make a full financial disclosure to each other before getting married. Without knowing a future spouse’s assets, liabilities, and income, the parties cannot fully grasp the potential implications of the document being signed.

Similarly, if either party didn’t have the opportunity to hire an independent attorney, review and propose changes to the agreement’s terms, or understand what was being signed, the prenuptial agreement may be vulnerable to a challenge. Similarly, agreements signed under duress or pressure from the other party may not be upheld by the family court.

While a prenuptial agreement does not need to divide assets or liabilities equally, Wisconsin law directs that it does need to be fair to both parties at the time it is signed and at the time of divorce. If something unforeseeable happens to either party before the divorce is final, and dividing assets according to the prenuptial agreement would no longer be equitable, it may not be upheld.

Property Division When a Prenuptial Agreement is Upheld in a Divorce

If a couple has a valid prenuptial agreement that goes unchallenged (or which overcomes such a challenge), the agreement will dictate how assets and liabilities are divided in the couple’s divorce.

Rely on Schott, Bublitz & Engel, s.c. for Help with Your Property Division Questions

Whether or not you and your spouse have a valid prenuptial agreement, it is common to have questions about how your assets and debts will be divided when your divorce is finalized.

The experienced, knowledgeable family law attorneys at Schott, Bublitz & Engel, s.c. in Waukesha can help. To learn more, contact us today online or call us at 262.827.1700. Attorney AnnMarie M. Sylla focuses her practice on representing clients across southeastern Wisconsin in litigation and family law including complex cases involving divorce, paternity, modifications of child custody and placement, child support and maintenance disputes. Attorney Sylla is known for her passion in fighting for her clients’ interests.

Property Division in Wisconsin: Overcoming the Presumption of Equal Division...

What’s Your Recourse When a Vendor Raises Prices After a Contract is Sign...
Scroll to top